Do you need to do anything special for your budgie when there is a storm of lightning and thunder outside?

Are All Budgies Scared Of Thunder?

Not all budgies are scared of thunder, some budgies will completely ignore the sounds the thunder makes and not react to it at all.

This is quite rare as most budgies will react to thunder in a negative way.

If you are unsure if your budgie is scared of thunder you should monitor them the first time there is a thunderstorm to determine if they are scared or not. If they are scared you should do a few things for them to calm them down which I will cover below.

Why Are Budgies Scared Of Thunder?

Most budgies become scared when they hear loud sounds such as thunder, it’s a natural reaction to become scared.

Thunder will also be accompanied by lightning strikes which will also scare the budgie because they do not know what is causing the flashing.

Also with large storms you might have heavy rainfall which could be quite noisy and also scare your budgie.

If you heard someone say that budgies can sense thunderstorms? is this true

Yes, budgies can sense thunderstorms. Budgies are able to hear low frequency sounds that a thunderstorm produces and they will sometimes hide to try to escape the thunder storm.

This has been proven in experiments conducted by nationalgeographic.com where they observed budgies could detect barometric pressure changes just before a thunderstorm hits.

The experiment found that budgies would change their normal behaviour and become more nervous as the barometric pressure increases.

What do Budgies Do During Thunderstorms?

If a budgie has detected that a thunderstorm is on its way certain fitting say or do before and during the thunderstorm which I will cover below.

If your pet budgie has detected that thunderstorm is on its way the first thing it might do is to try and eat and drink, it is believed that they do this as a survival Instinct because they do not know how long the thunderstorm will last for.

You might also notice your pet budgie acting crazy such as flapping their wings, pacing up and down their cage, jumping around the cage, bobbing their head up and down. They do this because they are nervous knowing what might be coming.

Typically when the thunderstorm has arrived they will try to hide or stay safe place until it is over.

If a budgie in the wild knows a thunderstorm is coming they will seek a good hiding place dense area such as in trees and bushes.

They will typically highs and not come out until the thunderstorm has passed.

It is in these dense areas that other small insects will also be hiding which will also provide an easy to catch meal for the budgie.

How To Look After A Budgie In A Thunderstorm

During a thunderstorm your budgie will be frightened so it’s important that you do a few things to try to calm them down.

The first thing you can do is put a towel over their cage as this will make them feel more secure and it will also help to reduce them seeing the light from the lightning hitting their cage.

Another good idea is to play soft music or put on the radio as this will drown out the noises of the thunder. Something like in the video below 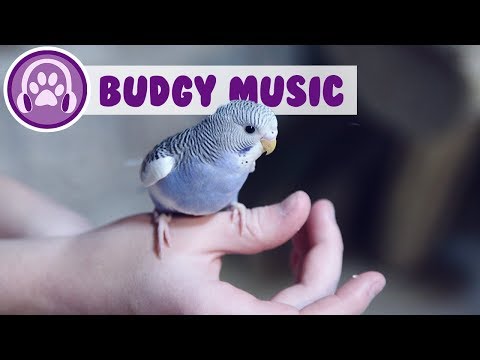 3. Move Cage Away From Window

If the budgies cages near the window temporarily move it to somewhere away from the window.