Have you noticed that your guinea pig has just had something that looks like a nose bleed? Are you worried that there is something wrong with them and that you need to do something? Do Guinea Pigs Get Nosebleeds?

Just like other animals, guinea pigs do get nosebleeds from time to time. There can be many reasons for this. Sometimes it is nothing serious. Other times, it might be a sign of a major health problem.

If at any time you are concerned about your pet guinea pigs health you should contact your local vet. Nosebleeds, especially if they are constant and excessive, could be, and often are, a sign of serious problems.

Your vet will be able to tell you exactly what the problem is. Hopefully it is nothing. A vet will put your mind at ease. If there is a problem, a vet is the best qualified to prescribe treatments for your guinea pig.

Guinea pigs have very sensitive noses. They are little, delicate animals; and their noses are often scratched or bumped. It is not uncommon for them to get nosebleeds this way. There are other reasons, however, that a guinea pig might have a nosebleed.

Why is My Guinea Pig’s Nose Bleeding?

There are many ways a guinea pig can get a nosebleed. It could the result of an injury or a scratch. Maybe they were playing with other guinea pigs. It might also have scratched its nose on an object, perhaps some wood or wire in the cage, or even hay getting stuck up its nose.

A nosebleed can be a sign of vitamin C or K deficiency. On the more serious side, it could be a tumour. If a guinea is vitamin deficient it is usually because they are not eating enough fresh, green, leafy foods. Too much dry food, and not enough vegetables, is bad for a guinea pig.

Just like humans, and all animals, they need to eat their greens to stay healthy. A nosebleed could be a warning sign that you aren’t feeding your pets the right food.
Another possibility is that a nosebleed is a sign of an infection.

If a nosebleed persists, or the nose does not heal, you should take your pet guinea pig to a vet.

What Do I Do If My Guinea Pig is Bleeding?

If the bleeding is persistent, and especially if it comes from both nostrils, you should see a vet as soon as possible. If the nosebleed was caused by an object, it will cause a nosebleed in the nostril that came into contact with the object.

If both nostrils are bleeding, it could be a sign of something more serious, because it is unlikely that your guinea pig would injure both nostrils at once, though not impossible. Both nostrils bleeding at the same time should be taken seriously. It could be the sign of a tumour.

If your guinea pig has a nosebleed, gently wipe its nose. If the bleeding persists, contact a vet. Most of the time you will find it is a minor injury caused by a bit of hay getting up their nose. Keep an eye on your pet in the following days.

Why Does My Guinea Pig Have a Scab on His Nose?

A scab on a guinea pig’s nose and/or lips could be cheilitis. This is an inflammation that is caused by either a bacterial, yeast or fungal infection. It looks just like a cold sore.
This is treated with medicine, which can be bought from the chemist. 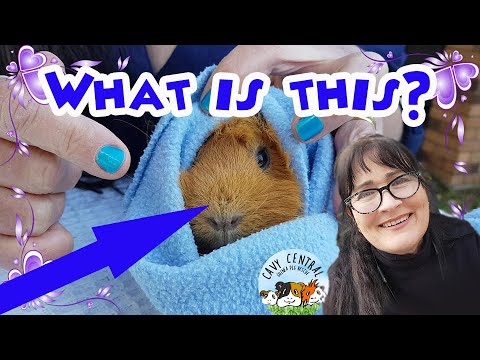 If you are unsure what to do, or you don’t see any improvement within a week, contact your vet. Regular application of medicine should see the scab clear up.

Scabbing around the nose could also be a symptom of ringworm, which forms around the face and nose of guinea pigs. A vet can prescribe an anti-bacterial treatment for this.

What Does it Mean if a Guinea Pig Has a Runny Nose?

Just as you would with a child, keep your guinea pig warm, giving it lots of water. If symptoms continue for a week or longer, you should see a vet, because it could be a sign of something more serious, like pneumonia.

Guinea pigs can also get runny noses as an allergic reaction to dust, hay, pollens, or smoke. Clean their cages out often. Keep them away from excess dust, smoke, or other pollutants. Also, remember to keep spray chemicals, such as weed killer, as far away from your guinea pigs as possible.

As we have already said, guinea pigs have tiny, sensitive noses, and these can be easily irritated.

Remember, nosebleeds and runny noses are common in guinea pigs, as their noses are sensitive, and easily bleed if they get some pieces of hay or straw up their nostrils, or get a knock on the nose. Most of the time, a nosebleed or runny nose is nothing to worry about and is easily treated.

Always make sure your guinea is well fed, with a healthy balanced diet, is hydrated, and has a clean cage. If you have any more questions, or any concerns, contact your local vet.