Do you intend to put Gerbils and Hamsters together? Can these two pets get along and stay together?

Gerbils and Hamsters cannot and live together because they have different needs and social behaviors. For instance, hamsters are territorial in nature and will not spare any third party that comes close to them.

Although similar in size, Gerbil and Hamster are two different animals with different social needs. The former is social in nature and loves to live in large colonies of about 20 Gerbils. The latter, on the other hand, isn’t a social animal; thus, it prefers to be solitary.

Gerbil doesn’t have a problem living with other Gerbils it knows, but it could attack other animals that come its way, and Hamster isn’t excluded. Also, hamsters don’t like the sight of other animals nearby. Thus, putting these two creatures together could be injurious.

Gerbils housed in solitary could have depression or other significant health challenges. However, when among its peers, Gerbils get excited and freely moves around without conflict. This is not the same with hamsters. The beautiful little creature loves to be alone at all times.

Gerbils and hamsters don’t share a similar sleep routine. The former is diurnal, meaning it sleeps at night and is active during the day. The latter, on the other hand, is a nocturnal animal; hence, it sleeps during the day and is usually active at night. 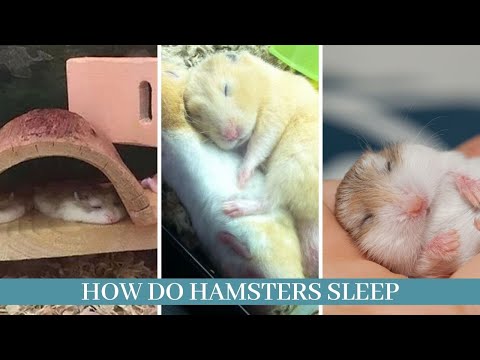 Therefore, should hamsters be disturbed while sleeping during the day, they could get frustrated and attack Gerbils. This is the same for Gerbils. Should it sleep at night and be disturbed by Hamsters which are usually active at that period, it could be annoyed, and the conflict might erupt.

Like humans, animals don’t like to be disturbed while they sleep. Therefore, putting gerbil and hamsters together isn’t a good approach since it’ll affect their sleeping routine. Besides causing frustration, altering the sleeping habits of either of these pets could raise their stress level or result in severe health problems. In a severe case, it could also result in early death, which as a pet owner, you want to avoid.

Would a gerbil kill a hamster?

Gerbil would kill hamsters if it can, but they are smaller animals, while hamsters are bigger and more aggressive. Therefore, Gerbil has more advantages in terms of size, aggressiveness, and “fight to kill” instinct. Hence, it is unlikely that gerbil kills hamsters, except the hamster is sick.

Hamsters can kill a gerbil because of the following factors:

Adult Syrian hamsters feature about 6 inches in length, while Gerbils, on the other hand, are about 4 inches. Hence, hamsters have about 50% more size than a gerbil. Such a bigger size gives them a sense of authority and can easily intimidate gerbil in a conflict situation. Hamsters could also use their larger size to overpower Gerbils.

Hamsters are hostile animals and quickly lose their temper. Hence once they lose their temper, they have a “fight to death” instinct. With such instinct, they are never ready to surrender and could continue to fight until the other animal takes to its heel. Hence should you put a gerbil and a hamster together in a cage, it means the gerbil has nowhere to run; therefore, the hamster could fight it till it dies.

Hamsters are endowed with sharper teeth and a stronger jaw compared to a gerbil. Such exceptional power is unbelievable compared to their body size. Hence, they could pierce the skin of gerbil so easily while fighting and inflict a severe injury. If left unattended, the gerbil can bleed to death.

Can gerbils live with other animals?

Gerbils and other animals cannot live together. They belong to different species and will smell differently and be perceived as an unfamiliar species that they may assume to be a threat. Hence, Gerbils should live with Gerbils and not with other animals.

Although Gerbils are social animals, their social nature is restricted to their fellow Gerbils. Should you introduce other animals in their colony, you’ve automatically created an unhealthy competition. Gerbils will begin to perceive the other animal as a threat and might attack.

Some Gerbils can only withstand living with family members; they will attack other Gerbils they don’t know or aren’t a member of their family. How much more putting other animals in the same cage with them? As a pet owner, you shouldn’t buy the idea of keeping your beautiful little rodent with other animals. If you do, it’s either they injure or kill the animal, or the animal injures or kills them.

Which is more friendly, a hamster or gerbil?

Recall, as mentioned earlier, that Gerbils are social animals and are also less aggressive. Therefore, one can get more comfortable touching and playing with the little rodent than a hamster that could bite at the slightest opportunity.

Hamsters are skittish and panicky. Hence, they often feel insecure and see almost everything as a threat. This is the opposite of what a Hamster is. They’re comfortable being held; therefore, handling them and rubbing your finger gently over their soft fur isn’t only pleasant for you, it is also pleasant for the pet. Inline hamsters, Gerbils appreciate and enjoy physical affection. Hence, they’re friendlier.

Can you put a hamster in a gerbil cage?

You can put a hamster in a gerbil cage because they’re both small rodents with almost similar cage designs. The hamster cage wires have similar spacing with Gerbils; therefore, hamsters cannot escape in the Gerbils cage.

When considering whether you can put a rodent in another rodent cage, one significant factor you should consider is the size. You can’t keep a large animal in a small cage, the animal will become uncomfortable, and if left for long, the animal might begin to develop health problems due to the lack of comfort.

On the other hand, you shouldn’t keep a small animal in a cage with large wire spacing. The animal could escape through space, or it might get stuck and cause severe health problems. However, none of these affect hamsters and gerbil.

They differ slightly in size; hence, the spaces in their wires are similar. Thus, you can put a hamster in a gerbil cage provided that there’s no gerbil left in the cage.