you need to know about guinea pig vomiting and gagging, and why your guinea pig makes gagging noises and what to do. Guinea pigs cannot vomit, but they do store a soupy mush in the back of their mouths that looks a little like vomit.

They might also cough up furballs and other objects. Read on to learn more.

Guinea pigs lack the ability that humans and other animals have that allows them to regurgitate food from their stomach. Horses are also unable to vomit. Guinea pigs lack the part of the brain that sends a message to the body telling it to chuck up the stomach’s contents.

Instead of vomiting, guinea pigs will often gag. It is common for guinea pigs to cough up furballs, dirt and other small objects. They might also cough up bits of food, but they will never vomit from their stomachs.

Guinea pigs store chewed food in the back of their mouths as a kind of soupy reserve. This resembles vomit, and might be mistaken for it. Occasionally, guinea pigs will gag, and then cough up this mixture. 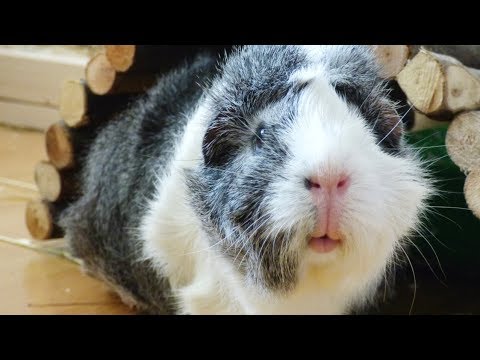 What Does it Mean When a Guinea Pig Vomits?

For lack of a better word, we will use “vomit” to describe what guinea pigs do when they throw up. Guinea pigs can vomit up furballs, dirt, bits of woods, food, and the soupy paste that they store in the back of their mouths. If a guinea pig vomits it means they are nauseous.

You should take them to a vet to rule out any serious problems and to get a diagnosis.  Your guinea pig might also have eaten something it did not like.

Maybe it didn’t taste very nice. Or it might have eaten something that did not agree with it. Though they are unable to regurgitate food from the stomach, they may gag in response to bad tastes or as a reaction to nausea. It is a common occurrence, and is usually nothing to worry about. If you have any concerns, contact your local vet, and take your pet guinea pig in for a check-up.

What Does White Vomit Mean?

White vomit is probably just mushed up food that a guinea pig has thrown up, or a bit of white fur. It could also be a urine stain. White urine means there is excess calcium in your guinea pig’s diet. You should be aware of this because it can lead to bladder stones. Take your guinea pig to a vet if you notice a lot of white stains in their urine.

What Does Green Vomit Mean?

When a guinea pig omits a green substance from its mouth it is most likely just the soupy mixture that they keep in the back of their throats, or it could be mushed up green, leafy vegetables that they failed to swallow. Guinea pigs will chew their food to a very fine paste and then store it in their mouths, behind their back teeth.

They will throw this up occasional, making gagging noises before they do. Sometimes, they might throw up food before they have had a chance to chew it into a paste. It will be very mushy, but not quite soupy. This will be easy to identify as chewed up food.

What Should I Do When My Guinea Pig Vomits?

It is normal for your guinea pig to throw up food or other objects from time to time. If you are concerned, or you think your guinea pig is throwing up food too much, then you should take them to see a vet. Maybe it could be something as simple as changing your guinea pig’s diet, or giving them smaller servings of food. 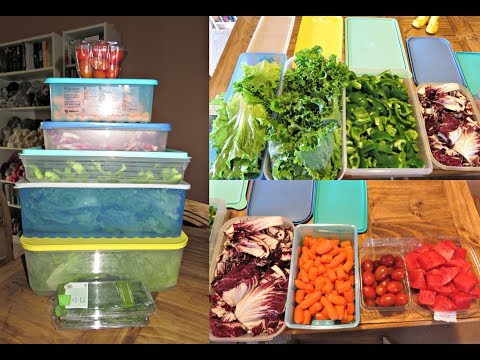 Make sure to cut your guinea pig’s food into small, manageable sizes. Guinea pigs are small animals, so they obviously have small mouths and throats compared to humans. They need to eat smaller servings and sizes of food.

Make sure not to feed your pet too much of certain foods. You should only give them sweet fruits, like apple and melon, in moderation. Guinea pigs need, and love, green leafy vegetables like lettuce and spinach.

Why Is My Guinea Pig Making Gagging Noises?

As we said earlier, guinea pigs chew their food into a soupy paste that they store in the back of their mouths. This can sometimes get lodged their throat’s. But it can also be a sign that a guinea pig is having trouble with its back teeth. You should take your guinea pig to see a vet if the problem persists.

Guinea pigs might also gag because they have an object, such as a piece of food, a bit of hay or a hairball stuck in their throats. Guinea pigs will gag or cough up whatever is in their throat, just like cats do.

Because guinea pigs clean themselves in the same way cats do, they often get furballs stuck in their throats. When they cough them up, they make a gagging noise, just like cats do, this is the noise that you are likely hearing.

But it could also be any of the things mentioned above, such as hay, food, the paste from their back of their mouths. Gagging is normal, and a common part of guinea pig life. If the gagging is excessive, or you think there is a problem, take your guinea pig to the vet.